It's Here- My story in Ephemera 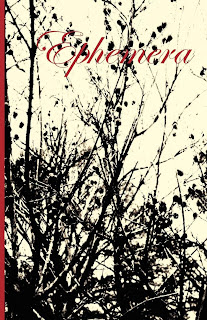 It's available at B&N, Amazon and from Elektrik Milk Bath Press

Last weekend was the NY Comic Con. We went all four days. Highlights were running into Hildy Silverstein, Editor of Space and Time Magazine. Wow. I know her from Lunacon and the Steampunk World's Fair. She's a really lovely person. At my first Lunacon she was kind enough to critique my short story, "I'll Love Ya Forever." At the time it was up to the final cut at a well know magazine. It didn't get picked up, but I sold it just a few months ago. I forgot to tell her.

I also met fellow Broad Universe member, Jennifer Allis Provost, and her sister who had driven all the way from MA to attend.

I enjoyed the Steampunk documentary preview and there was also a preview of a documentary on the history of comic books. The panel on the new Dark Shadows movie was a little disappointing. Not enough about the movie and a lot about the two actresses having written books about Dark Shadows, figures since it was their publishers who set up the panel.

I also attended a panel on "The Steampunk Zombie Invasion" with various writers. Sadly, the Sat. panel "Zombies, Fallen Angels and other Paranormals give new meaning to Undying Love" was either rescheduled or cancelled. Sunday I attended another great panel, "We're No Angels: Leading Ladies of SF/F".

I collected 26 free books from the big publishing houses and look forward to reading them all in the months to come!
Posted by April Grey at 12:05 PM No comments: